The harp seal is the most abundant seal species in the northern hemisphere (estimated to number more than 9 million animals – that’s more harps than ringed seals) but are found only in the North Atlantic. Partly because they give birth on mobile pack ice, harps have their pups earlier in the season than all other Arctic seals, which means that in some regions, they are a critical food source for polar bears that have eaten little over the winter months.

Most of the harp seals in the NW Atlantic/Atlantic Canada (about 80% of them) have their pups off Newfoundland and Labrador, an area known as the “Front” (the location of my polar bear attack novel, EATEN). Harps seals at the Front now provide a huge prey base for polar bears of the large (and possibly still growing) Davis Strait subpopulation (photo below courtesy DFO Canada).

There are an estimated 7.4 million harps in Atlantic Canada today (range 6.5-8.3m), an exponential increase over the early 1980s, when perhaps only half a million so remained. Pagophilus groenlandicus was assigned a conservation status of ‘Least Concern’ by the IUCN Red List in June last year (Kovacs 2015), when it was estimated that the global population size of the harp seal was greater than 9 million animals and probably growing1, 2 due to reduced human hunting:

“…harp seals have been harvested for thousands of years but currently the population is large and the number of animals harvested is declining.” [my bold]

Photographers and animial rights activists love cute, fluffy harp seal pups and rarely mention the carnage that goes on in spring as polar bears devour the naive youngsters. See the video below (from 2008), for an example of the cuteness factor.

END_OF_DOCUMENT_TOKEN_TO_BE_REPLACED

Posted by susanjcrockford on February 21, 2016 in Sales

For the rest of this month, ebook versions of EATEN available through Smashwords (ePub and pdf; for Kobo, Apple, Nook readers) will be on sale for $1.99.

EATEN will soon be on bookshelves across Newfoundland & Labrador

Posted by susanjcrockford on February 13, 2016 in interviews, Sales

This is exciting. I’ve just made a deal with the primary distributor of books and magazines across Newfoundland and Labrador to carry the paperback version of EATEN.

It’s rare for a self-published novel to get into brick-and-mortar stores in a big way but this distributor is convinced my polar bear attack thriller will be a good seller with locals and tourists alike.

This means that within a few weeks, EATEN could be available across the province, even in small towns that don’t have dedicated bookstores – local general stores and groceries, as well as pharmacies that usually carry books and magazines.

Just in time for the tourist trade that starts in April and May (for viewing icebergs). 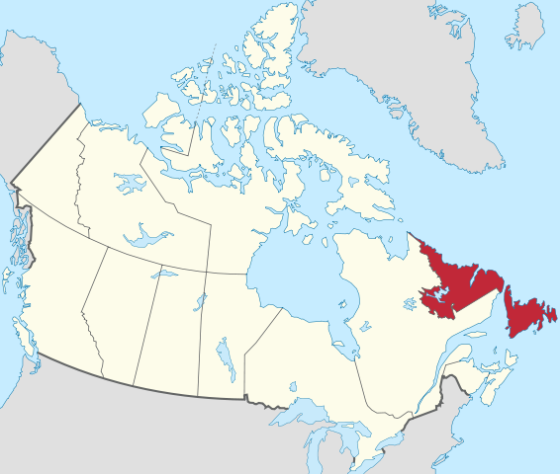 Interest will likely be high in the area after an interview with me was published in several local newspapers at the end of January (originally in the Northern Pen out of St. Anthony on the 25th, as shown below; reprinted later in The Labradorian and The Pilot (out of Lewisporte), which serves the region that includes Fogo Island, where much of the action in EATEN takes place).

That Northern Pen interview was done before news of a polar bear onshore on Fogo Island was reported in late January and before multiple bears onshore on the Labrador coast between mid-January and early February came to light. Polar bear awareness is high across the province – perfect timing for my polar bear attack novel to hit local bookshelves.

Finally, we have further details from the CBC on the report earlier this week of polar bears seen in several coastal Labrador communities, in what must be some of the earliest sightings ever documented. Statements from witnesses reveal that the polar bears weren’t just on shore, they were brazenly prowling around people’s homes looking for food – in the dead of winter.

UPDATE: 7 February 2016. In an interview earlier today (listen here), one of the oddest explanations I’ve heard for the recent polar bear sightings was offered by Newfoundland and Labrador Minister responsible for wildlife Perry Trimper. He stated: “…climate change does play a roll here [in the increased number of sightings].”

I’ve listened to the interview six times and still have no idea what he’s talking about. This is not a range expansion caused by “climate change” – polar bears have always come as far south as Newfoundland. In fact, they used to be far more common than they have been over the last centuries (known from at least the 1500s in Newfoundland and the 1700s in Labrador, although there is no evidence they ever stayed over the summer). But polar bears did not formerly, as far as I am aware, come ashore in frightening numbers in January/early February.

When the size of a population declines, its range contracts: the simplest explanation for seeing bears onshore this early in the season is that there are many more bears and that the few late 20th century records of polar bear sightings in this region reflected an over-hunted population that has only recently recovered. See below for more (and PolarBearScience post here).

UPDATE: 19 February 2016. A horse was killed by a polar bear in SW Greenland on 18 February, the second incident in two days of polar bears causing problems onshore in Greenland. Details here.

END_OF_DOCUMENT_TOKEN_TO_BE_REPLACED

Another paper predicts more Atlantic sea ice over next 10 years

Atlantic Sea Ice Could Grow in the Next Decade: Changing ocean circulation in the North Atlantic could lead to winter sea ice coverage remaining steady and even growing in select regions.

So states a summary of winter sea ice modelling by Stephen Yeager and colleagues (2015) just published in EOS (newsletter of the American Geophysical Union) by Lily Strelich.

“They [Yeager and colleagues] found that decadal-scale trends in Arctic winter sea ice extent are largely explained by changes in ocean circulation rather than by large-scale external factors like anthropogenic warming….”  [my bold]

One fact Strelich does not mention is that the predictions made by Yeager and colleagues extend to 2023 and that their predictions included ice levels off Labrador and northern Newfoundland (the Labrador Sea).  Read the rest of her EOS summary here.

Note this is winter (January-March) sea ice being discussed, which adds to previous predictions (Swart et al. 2015) that the current hiatus of summer (July–September) sea ice extent (evident from 2007 to at least 2015) could last another decade or more – a point I raised in EATEN and therefore listed in its Recommended Reading. See map below for what recent winter sea ice looked like in the Atlantic (at 8 March 2014). END_OF_DOCUMENT_TOKEN_TO_BE_REPLACED

“Polar bears have been reported in at least four communities in southern Labrador, and the Forestry and Agrifoods Agency is warning residents to be cautious.

The bears have been seen in Charlottetown, Black Tickle, Norman Bay and the Wunderstrands area.

According to a news release from the provincial government, conservation officers are watching the animals’ movements.”

CBC also carried virtually the same the story here.  Maps showing the location of these communities below. END_OF_DOCUMENT_TOKEN_TO_BE_REPLACED

In a life-mimics-fiction moment, this report appeared Tuesday morning (26 January) in The Telegram newspaper in Newfoundland:

“The RCMP is warning the public after reports were received of a polar bear in Tilting. Fresh bear tracks were seen in the Fogo Island community Tuesday.”

Tilting is a small town on the eastern shore of Fogo Island (see map below): Fogo Island sits off the northeast shore of Newfoundland (and is featured prominently in my new polar bear attack novel). Fogo Island lays at about the same latitude as London, England. The CBC, Canada’s national news outlet, also ran the story.

“Residents are cautioned following reported sightings of polar bears tracks near the community of Titling, on the eastern end of Fogo Island. Conservation officers confirmed the tracks to be within one kilometre of the community and believe the polar bear has since returned to saltwater.” [my bold]

Polar bears are not usually seen onshore in Newfoundland until late March or April (previous stories here and here), after the ice has been close to shore for week and bears have feed extensively on newborn harp and hooded seal pups. Bears that come ashore in January – well before seal pups are born in spring (late February/mid-March) – can potentially be very dangerous because they are likely very hungry. None of the reports of this sighting gave any indication of the probable age of this bear. However, it must be kept in mind that young bears (3-5 years old) are more apt to be in a desperate state at this time of year.

Or, perhaps the bear caught interesting smells coming from shore and decided to take a short swim to check it out. The sea ice was still offshore at the time (see maps in yesterday’s post) but clearly, not too far off for the bear to swim. There may have been icebergs frozen into the pack ice that broke away (too small to show up on ice maps), that brought the bear further south than it would have ventured on its own.

It is a rare event for a polar bear to come ashore at Newfoundland in January, but it has happened before. Apparently, another bear came ashore, also on Fogo Island – in 1935 – and attacked someone. See the story below.
END_OF_DOCUMENT_TOKEN_TO_BE_REPLACED

EATEN – my new polar bear attack novel – is set in Newfoundland 2025 for a reason. I wondered: what if sea ice coverage 10 years from now is as high or higher than it has been for the last two years, with inevitable positive effects on Davis Strait harp seal and polar bear populations?

The Canadian Ice Service prediction for this region, released earlier this week (1 December 2015, see references for link), is that 2016 is set to meet my “what-if” scenario handily. Nine years to go! See the CIS expected ice coverage for 19 February 2016 below (CIS fig. 3):

How does the above ice map compare to the last two years? At least as high or higher. Have a look below.

END_OF_DOCUMENT_TOKEN_TO_BE_REPLACED

Hungry polar bear attacks: why my novel “Eaten” is set in early March

Posted by susanjcrockford on January 3, 2016 in Uncategorized

As I’ve pointed out previously, polar bears are leanest – and thus, hungriest and potentially the most dangerous to humans – at the end of winter (i.e. March).

That is why the unexpected prospect of hundreds of lean and hungry polar bears coming ashore in early March hunting available human prey would be a truly terrifying and daunting experience. Such a speculative scenario stands in marked contrast to an actual incident in July that involved a single well-fed bear that attacked a man asleep in a tent because he and his companions had chosen to dismiss the known risk.

Any predatory attack by a polar bear is terrifying but which is potentially the more deadly? One you can reasonably expect (and thus prepare for) or one that comes out of the blue and catches everyone unprepared?

The first scenario is what happens in my novel, Eaten: it is… 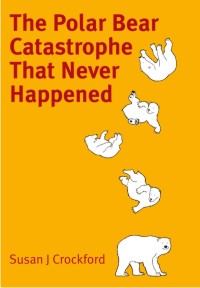 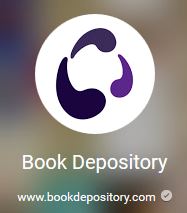